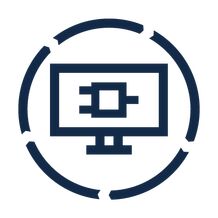 ctrlX WORKS, the practical software and engineering toolbox from ctrlX AUTOMATION, stands for simple engineering and significantly reduces effort and costs. Completely new scope for action is opened up in the creation, provision and use of functions. ctrlX WORKS already contains an extensive range of high-performance libraries and components for typical automation tasks. For the user, this offers maximum flexibility through a comprehensive range of software and programming tools. The ctrlX App Store and the ctrlX AUTOMATION Community complete the services for engineering and programming.

In the engineering process, digital twins - i.e. digital images of tangible or intangible objects or processes - are increasingly playing an important role. In addition to the possibility of virtual commissioning of motion programs using the ctrlX COREvirtual with 3D simulation of the kinematics under consideration, simulation models for the extensive range of Bosch Rexroth drives and motors are available to the user. Thus, different application scenarios for various simulation systems available on the market (MATLAB/Simulink, Modelica-based systems and ISG Virtuos) can be built. 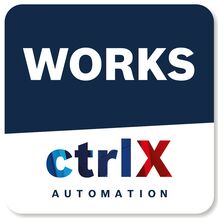